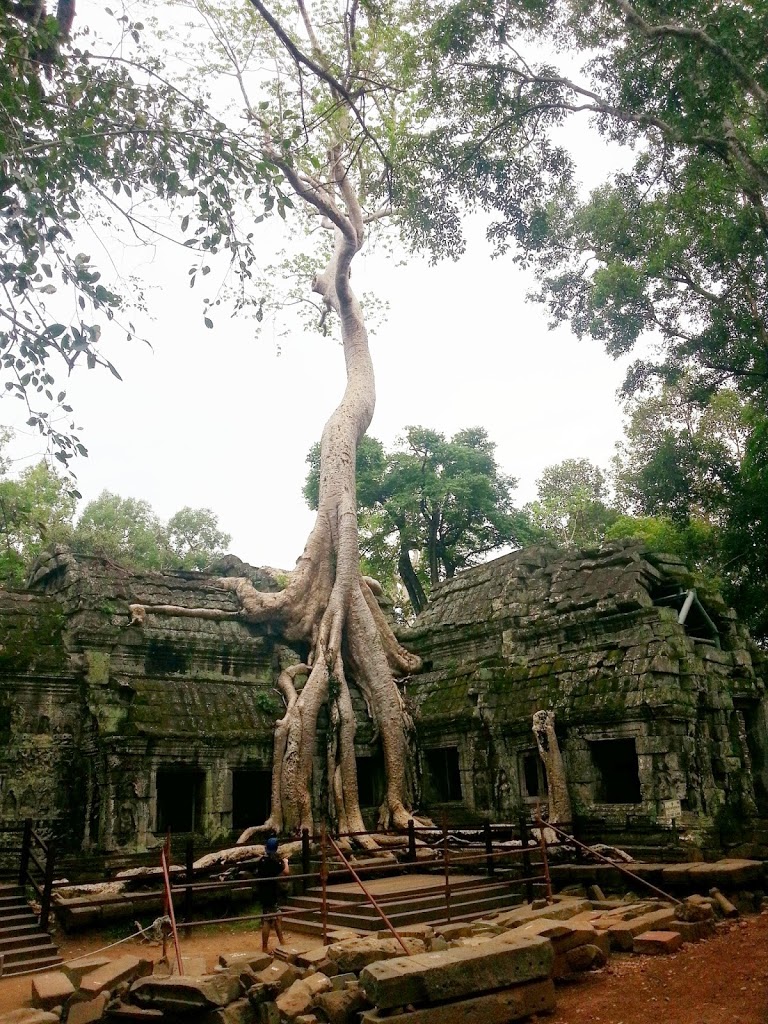 Perhaps one of the most popular temples in Cambodia is Ta Prohm, or what is more well-known as “the Tomb Raider temple” because it was the setting of the video game-based film Tomb Raider  featuring the character Lara Croft, portrayed by Angelina Jolie. As my friends and I gazed fixedly at the towering trees inside the temple and peregrinated through the jungle of debris and passageways, I understood why Ta Prohm was chosen as the location of the movie. It is eerie yet romantic at the same time. Its oddities make it an inquisitive explorer’s paradise. It is as seductive as Lara Croft herself.
Ta Prohm was built by King Jayavarman VII sometime around the 12th century as a Buddhist monastery and he dedicated this temple to his mother. The identifying mark of Ta Prohm is its unusual and incredible trees. Here is an enormous spung tree at the entrance of the temple. If you look closely, you will see that there are shapes that resemble humans inside the hollow tree trunk. Freaky! The trees of Ta Prohm are truly mind-boggling, and we have never seen anything quite like them before. The massive roots of these trees have attached themselves to the roofs of the temple towers, clung to the walls and pillars, and spread out all the way down to the stones on the ground. It was as if these trees were not just trees, and were some sort of majestic creatures with a soul and mind of their own. Here is another extraordinary spung tree. We were just floored when we came face to face with this stupendous tree and couldn’t take our eyes off those interwoven white roots. It’s so otherworldly that I imagined little dryads hopping about and flying over the tree as they giggle at me and my friends while we try to pick up our jaws from the floor. While Ta Prohm is renowned largely because of its trees, there is more to this temple than just that. Both inside and outside of the structure, so many things delighted us as we hit upon them during our tour.
Like many Angkorian temples, one can find baroque sculptures on the doors, pillars, and walls of Ta Prohm that depict its history. It is said that the inscriptions and carvings in Ta Prohm show that the temple housed 12,500 inhabitants plus 80,000 workers. Call me weird but I usually like getting lost when I’m touring an unfamiliar place. When my friends and I went to Ta Prohm, we were with a trusty tour guide so we had no problem finding our way. However, if I was all by myself, I’m sure I would have had a tough time navigating the temple because the architecture of the place was quite complicated. But then again, that’s what makes this temple more fun to traverse! Ta Prohm is in a state of ruin, and this is, in fact, intentional. Unlike most temples in Siem Reap, for the longest time, Ta Prohm did not undergo any major renovations. The aim of preserving it in its purest form is to give tourists a chance to experience in the most realistic way what it must have been like for early explorers to unearth the complex. However, when we visited in June 2013, we found that the trees were causing too much damage to the towers so a large part of the temple was being reconstructed. Some areas were off-limits to tourists, as they were impassable and hazardous.
The photos of Ta Prohm that you have seen on this blog entry may have somehow given you a glimpse of the sublimity of this temple. However, no matter how wild your imagination is, there is really nothing quite like setting foot in Ta Prohm and being in the presence of all of its grandeur. Anyone with an appetite for adventure will surely enjoy getting lost in the morass of passageways, while those with a fondness for nature will surely be in awe of the boscage that this temple is most well known for. Many tourists consider Ta Prohm as their favorite temple, and this should be no surprise because Ta Prohm is truly one of the most scenic and astounding temples in Siem Reap. 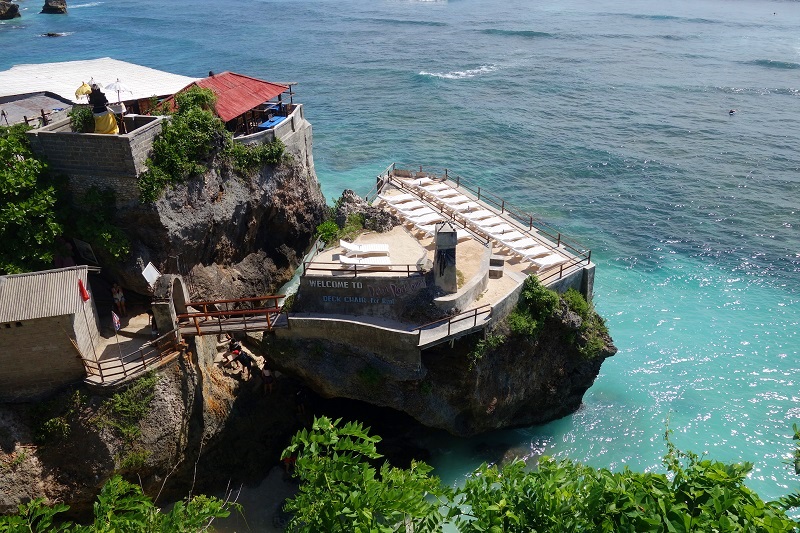 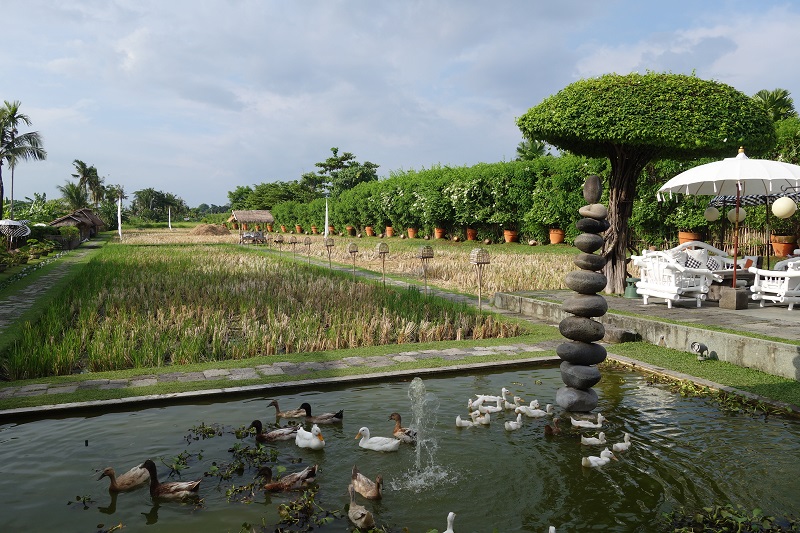