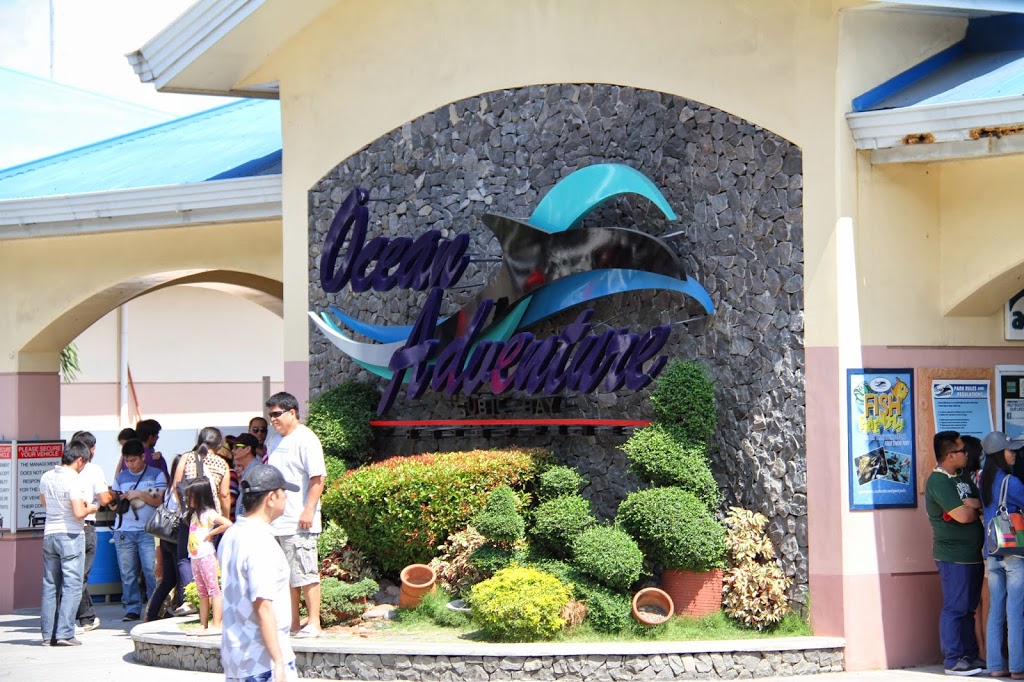 Last week, my family planned a trip to Subic to have a little well-deserved R&R. We were told by my aunt Carol that we were going to stay at the Camayan Beach Resort in Subic Bay, and that we were given free tickets to Ocean Adventure, the only open-water marine park in Southeast Asia that features aquariums, an educational wildlife show, as well as a number of marine animal shows. Ocean Adventure is just a few steps away from Camayan Beach Resort. From Manila, it took us about 2-3 hours to get to Ocean Adventure. Actually, it would be safe to say that it took us 4 hours to get there if you count our incident with our car’s flat tire, a quick breakfast at McDonalds, and a little side trip to S&R inside Puregold (because it’s one of the few S&R branches where you can buy pizza even if you’re not a member). When we arrived, the line at the ticket booth was really long, and it didn’t help that the sun was scorching hot that day. If you’re going there during the summer months, be kind to yourself and wear something comfortable and light. At the risk of looking heliophobic, do wear a hat and a pair of sunnies, and don’t forget your umbrella and a bottle of water.

Walk On The Wild Side

The park opens at 10:00 in the morning, and since we got there a little late, I’m sure we missed a lot of the shows.

The first show we caught was the “Walk On The Wild Side.” By the time we got there, the host (or should I call him “wildlife educator”?) was holding a bat by its feet, and then set it free all of a sudden, leaving everyone shrieking. Then he said something like “Bats are actually very friendly creatures… so please do not harm them or eat them.” Why, I would never do such a thing!

Next, he said he wanted to introduce a new “friend” to us – a snake. However, he said it was missing and was last seen inside a black bag… planted somewhere in the audience area. That, of course, made everyone jump out of their seats and scream, as they started looking around for that blasted black bag. Finally, the guide found it, and true enough, inside the bag was a chunky 20-foot snake. After the snake, he moved on to “tamer” and more domesticated animals, like a dog and cat. As for the cat, he said, “Get a pet cat to lower your blood pressure!” Got it, doc.

After the Walk On The Wild Side, we moved to the next arena to watch the “Balancing Act” where this heel-clicking (think Archie), extremely perky rapper dude who looks like he’s on a sugar rush (think Steve from Blue’s Clues) educates the crowd about environmental care through song and dance… with the help of back-up dancers dressed as water bottles, as well as “wave makers’ (i.e., two guys holding two ends of a blue piece of cloth tossing it up and down to make it look like ocean waves). The highlight of this show were the acrobats from Kenya. There was a chorus of “oohs” and “wows” as these acrobats performed their heart-stopping, gravity-defying stunts. It was really impressive! One wrong move could not only blow the performance, but also possibly injure them. But it was obvious from the precision and effortlessness of their movements that they knew exactly what they were doing, and that they have been doing this for ages.

Apart from their stupefying somersaults and impressive moves, they were also pretty funny. Every once in a while, they would produce loud, primate-like cackle barks and act like monkeys — very appropriate for their tattered leopard-print garb. And then, every now and then, they would single out a female from the audience and gyrate in front of her with a “come hither” look, which my cousin Angel and tita (aunt) Carol were victims of. It was pretty funny, and my tita Carol seemed to enjoy it. But remember, tita, once you go black, you gonna need a wheelchair!

They called on volunteers to join them onstage to do the limbo rock and do a little dance, and it was my sister Alexa, my nephew Bryon, and my cousin Gold who were the chosen ones.

It was my cousin Gold who stole the show. If he was wearing animal print duds and he smudged charcoal all over his skin and face, you would think that he’s the 6th member of the group! He was a natural! The Kenyan acrobats didn’t even need to teach him the steps – they just gave him a cue and he moved along with them with impeccable choreography! Looks like Gold has found his true calling!

The third and last show that we caught was the Dolphin Friends show. The show started about an hour and a half after the Balancing Act, and it felt like the longest 1 hour and a half of our lives. We had to sit and secure our spots in the arena, which was like an inferno, to make sure that we had a good view of the dolphins. To quench our thirsts, we bought some shakes from the not-so-nearby fruit shake station. Had we known it was going to be that hot, we would have brought our own chilled drinks plus a fan!

While waiting, a man came up to convince us to take a photo with the dolphins. Here are the prices to have your photo taken:

We were really looking forward to swimming with the dolphins. However, we learned that it costs Php 3,700 per person! As much as we love these sweet animals, we weren’t willing to shell out that much to get wet with them.

Finally, the show started, and it began with these two men – one who was explaining about the nature of dolphins, and one “fisherman” who acted as if he didn’t give much of a crap about dolphins – arguing about whether dolphins are the same as fishes. Honestly, if not for the searing heat, I probably would have slept throughout their entire dialogue. The fun started when the dolphins actually came out to do their tricks. The dolphins were too adorable! They were such happy and smart creatures, always smiling (at least they look like they’re smiling!) and obediently following their trainers’ instructions. We wondered how long it took to train them, and how exactly they learn to behave and respond according to what they were asked to do. When the host talked to the crowd about how thousands and thousands of dolphins are slaughtered every year by fishermen, it was heartbreaking. It was hard to see how it is possible to hurt these kind sea creatures. They’re so gentle and lovable!

Our last stop in Ocean Adventure was one of the aquariums. I’m sure there were more shows after the Dolphin Friends show but we just couldn’t stand the hunger and baking heat anymore. In fact, my some of us got sunburned, to think we weren’t even under the sun for that long and we haven’t even started swimming in the beach yet!

The aquarium was pretty small, so if you have a fish fetish, you might find the aquarium in Ocean Adventure to be scant. Also, there was a funny stench inside. It’s a good thing that the exit door was just within reach!

Despite the inadequate amount of marine life inside the aquarium, there were some interesting things that did catch our attention, that we did not even see in Ocean Park in Hong Kong, such as:

Personally, Ocean Adventure is really more for young children than it is for old(er) people like myself, although, to be fair, I think there was still a lot more that I wasn’t able to see due to lack of time and energy. If you have time to spare, and you’re traveling with kids, you can definitely take them to Ocean Adventure where they will not only enjoy watching different shows, but also learn more about how to love and care for the environment and animals. 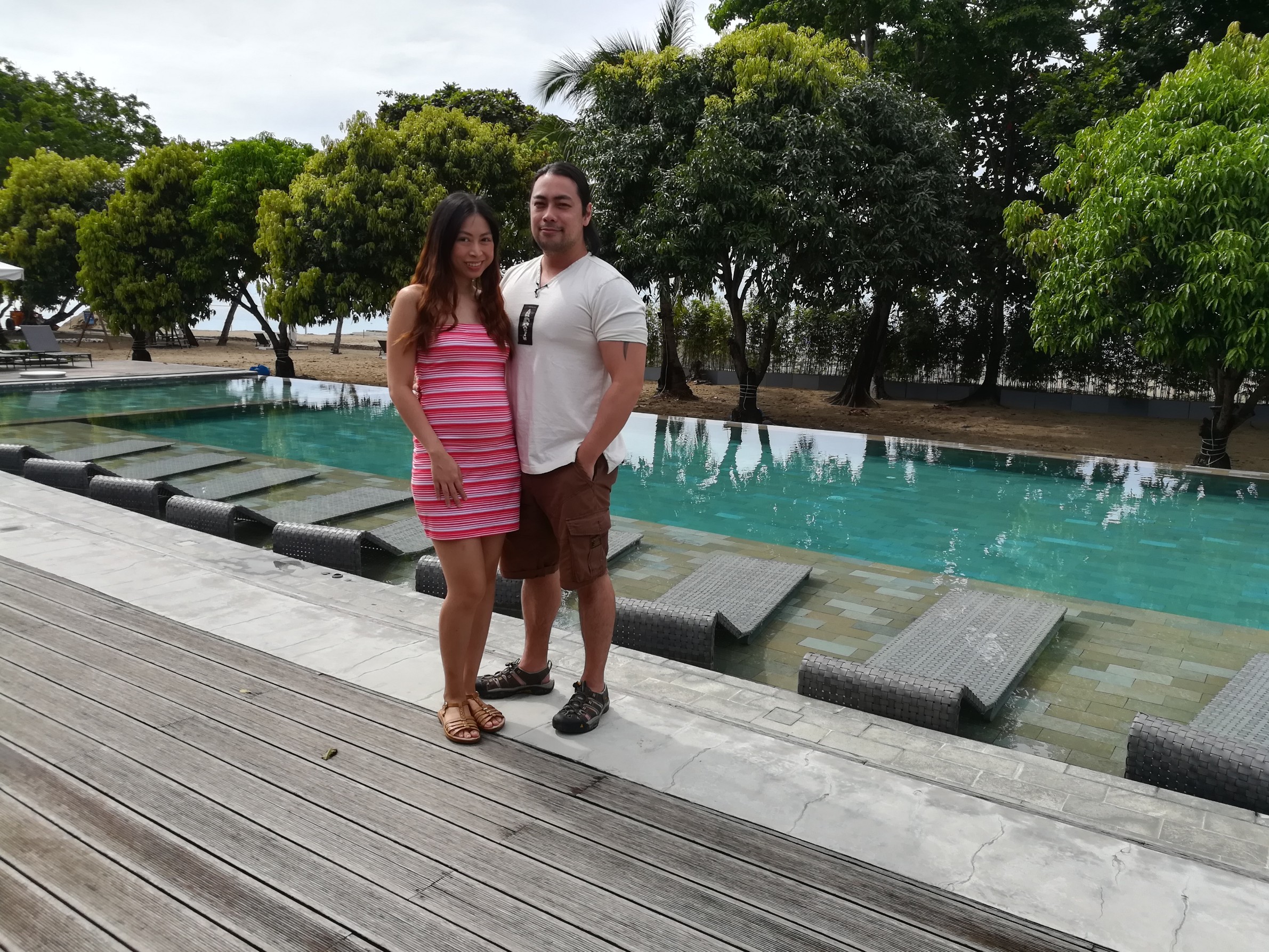 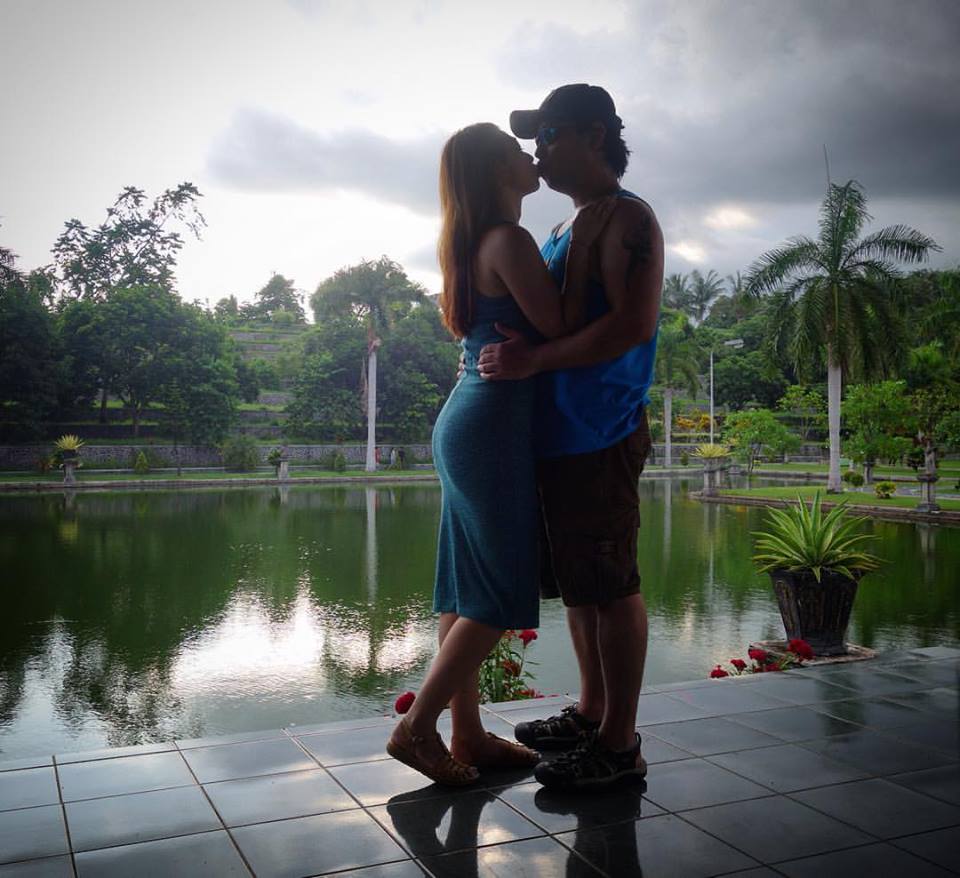 Our Honeymoon in Bali 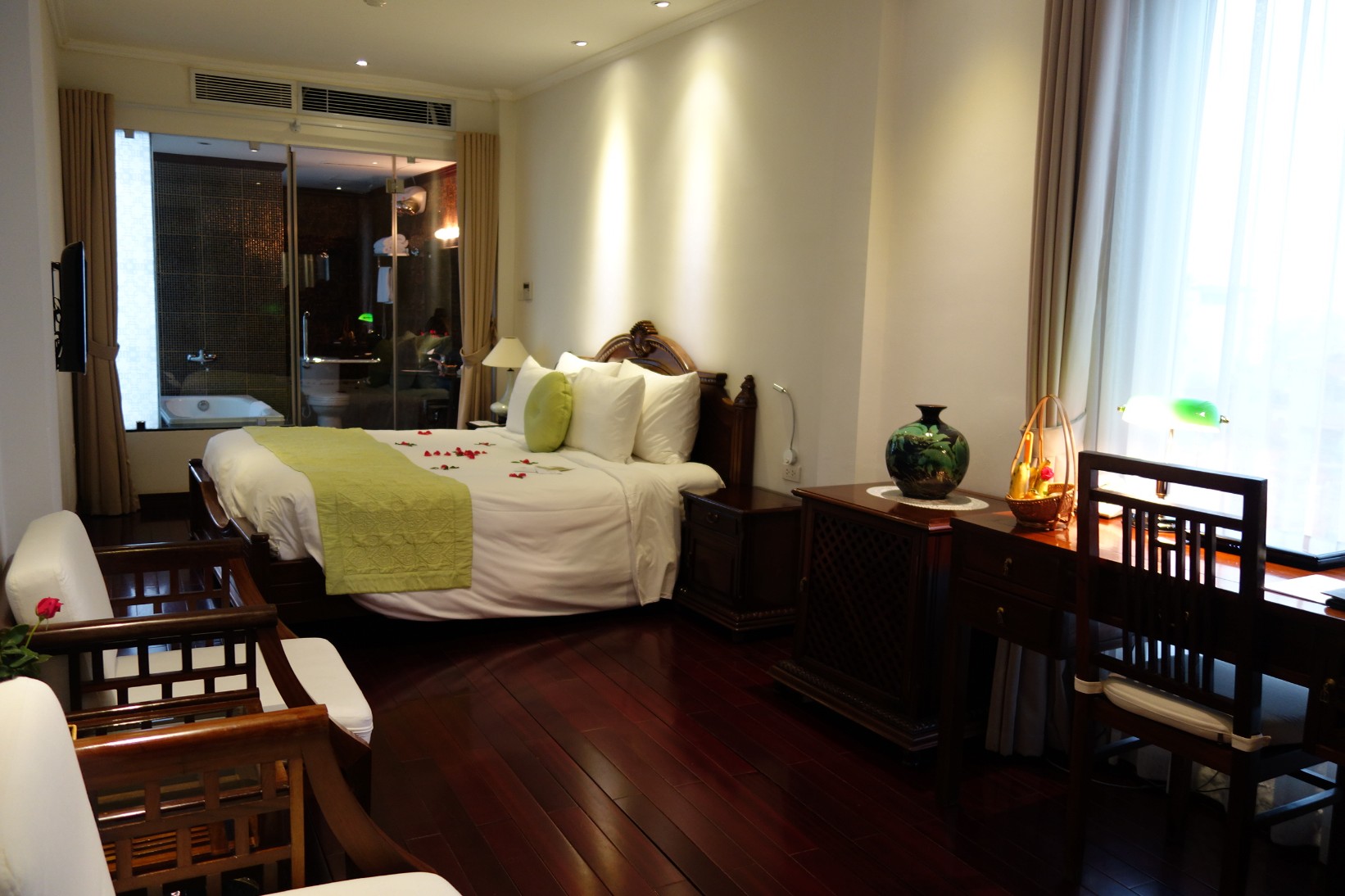