Skip to Content
Home / Lifestyle / Beauty / Beauty By You 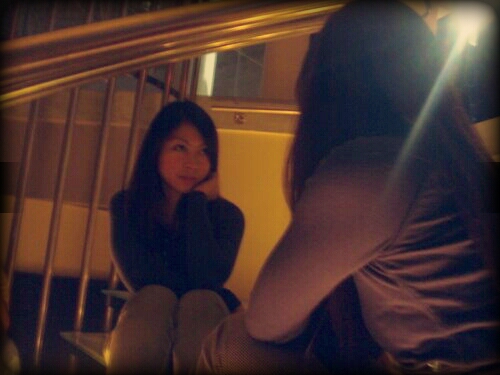 I wrote these comments on a piece of paper during a model go-see, as I surveyed each and every towering apotheosis of perfection that stood before us with their mile-high legs, dazzling pearly whites, and covetable bodies that made me think twice about picking up the cheese rolls in front of me.

I wrote these comments, not because I was a faultfinder and I  was desperately trying to tell myself that the world is fair and nobody can be that perfect, but because our clients had strict guidelines about how their brands will be represented, and finding the right model was critical. I examined every single one of them as if they were lab specimens. I did take note of their good points but for every single defect that I jotted down, I felt terrible, even though I was only doing it for work, and even though I knew they signed up for this.

At that moment, I wondered what was going on in their heads. Being professional models, they must be used to being scrutinized from head to toe and may have accepted the fact that being judged is part of the job. In talent shows, contestants are judged on something they can or cannot do. If they are found to be incompetent in terms of a particular skill, they can always practice and improve on that skill. But models? They are judged on something they were born with. It must be tough.

They enter the room, feeling like they are the most gorgeous human being in the world. How do they feel when someone more gorgeous (or, at least someone who they think is more gorgeous) comes in? Do they sense a threat coming? Do they lose even a tiny drop of their self-confidence?

It would be hypocritical of me to claim, however, that every single day, I exult in being normal. On some days, I would stare back at my reflection in the mirror and say, “Damn, you’re looking pretty fine today!” Once in a while, I would notice a part of my countenance or physique and thank it for cooperating and not failing me. But there have been times when I have looked in the mirror and wished that someone else was looking back at me – someone better, someone more. Just like any girl (and yes, that includes supermodels!), I have nitpicked every single one of my anomalies. My inadequacies bore the unwanted attention and shame of a man being publicly stoned to death. Size, color, and texture became the yardsticks by which I measured my self-worth. I have labeled my lineaments with adjectives beginning with “too” or “not that.” And when other people describe me as pretty or beautiful, sometimes, I don’t know how to take it. I am flattered, yes, but at the same time, a part of me is in disbelief.

It’s ironic how we should be our own number one fan, and yet we seem to always manage to find fault in ourselves. How come we sometimes can’t see how beautiful we are when other people can? In this Dove experiment, a number of women discovered a truth that had been hidden from them all this time: a shocking truth that they were, in fact, more beautiful than what they believe themselves to be. In the description of the video, the team at Dove said:

“Women are their own worst beauty critics. Only 4% of women around the world consider themselves beautiful. At Dove, we are committed to creating a world where beauty is a source of confidence, not anxiety. So, we decided to conduct a compelling social experiment that explores how women view their own beauty in contrast to what others see. And don’t forget: YOU are more beautiful than you think!”

Obviously, one of the main reasons for people’s dissatisfaction with their own appearance is the media (as if you don’t know that already). Media often present unattainable and sometimes unrealistic standards of beauty, and people just blindly accept these standards. We forget that these are just the standards of mere mortals. Human beings who see flaws in other people when they themselves are flawed. Impressionable men and women whose concept of beauty changes from time to time. And yet, we turn mere mortals into gods by giving them enough power to judge and determine our worth and self-image. So if one person’s standard is different from another’s, which standard is more legitimate? How do you determine which one is more valid, when they are both equal in nature?

During the Renaissance era, artists and architects used a rubric called “golden face ratio” for their artworks. Later on, a plastic surgeon named Stephen Marquardt came up with a “beauty mask” that uses the same equation from the golden ratio to determine and measure the beauty of a person.

Whether this measurement is accurate or not, how would you explain the fact that there are many faces people would consider to be beautiful that don’t necessarily fit the beauty mask? So does it mean that anyone who violates this ratio automatically falls short and thus, cannot be called “truly beautiful”? Beauty should not be exclusively relegated to numbers, and there are geometric correlations that angle off the prescribed ratio, and yet they still appear beautiful. The best equation to use to measure your own beauty is still and always will be your own.

Another thing to keep in mind is a particular culture’s definition of beauty. Each one varies, depending on what country you’re in. For instance, In ancient China, a woman with ‘lily feet’ or ‘lotus feet,’ that is, very small feet, were considered beautiful.  In olden times, women had to go through the excruciating process of foot binding – the breaking and binding of feet until they can be compressed in a small shoe. The discomfort brought about by this process causes the women to walk in lotus gait, which men found to be extremely titillating. People who were not from China naturally couldn’t understand why or how small feet could be so appealing to the point of subjecting women to physical deformity.

In Korea, they have a saying that “beauty is in the eye of a CD.” That, is, if you can cover your face with a CD, you are seen as beautiful. Needless to say, for Koreans, the smaller your head or face, the more appealing you are. It sounds funny to the rest of the world, but in Korea, this is the mark of a beautiful face. Thus, the boom in cosmetic surgery in the country, as Korean women are fixated on the idea of achieving what they call a “v-line,” that is, the removal of a part of the chin so that the lower jaw is narrowed, making the face look like the letter V.

Meanwhile, in the Philippines, the colonial mentality of Filipinos has led them to think that someone who possesses fair skin is more attractive than one with a darker skin tone. All sorts of whitening products, from whitening soaps to glutathione capsules, are regnant. Most local celebrities have a light complexion (or take something to lighten their complexion), and more often than not, it is the fair-skinned models that get the part for a TV commercial, fashion show, or some other form of brand endorsement.

In another part of the globe, however, the natural brown color of a Filipino’s skin is an object of envy. A friend of mine — whose skin is even darker than the typical Filipino’s coloring– moved to the USA to start her new life there. She was so surprised when one day, a group of Caucasian women approached her and started gushing about her skin. “Oh my god! I loooove your color! How did you get your tan?” one of the women asked. My friend, still dumbfounded, said, “Uh, it’s not a tan. This is my natural skin color.” With that, the women practically turned green. “What?! Oh, you are sooo lucky! I wish I had your color!”

Everyone has his or her own take on what beauty should be. There really is no right or wrong definition because as the old chestnut goes, “beauty is in the eye of the beholder.” This gives us an advantage because we have a say as to whether we can call ourselves beautiful or not. We can be our own arbiters and not leave our self-confidence and value in other people’s hands. In short, we have a choice to believe in our own beauty despite our blemishes.

My cousin is one of those people whose belief in her own beauty is so admirable, that it reflects in all the other parts of her life. She will be the first to admit that she is overweight, and she does so with acceptance and in good spirits. Once, at a pizza joint, she caught a group of girls staring at her in a rude way. Instead of taking offense, she smiled and said to herself, “Go on, stare all you want. I may be fat but at least I’m successful.” It’s not conceit. It’s healthy confidence. This confidence has taken her far in life, both literally and figuratively. Her first job was serving as a night shift call center agent. Wanting to prove that she was more than “just a fat girl,” she really believed in herself and worked hard. Some years later, she became the manager in her company, and she is now earning seven times her starting salary. And while other skinnier girls are whining about not having a love life or a decent man, my cousin has someone special who is absolutely crazy about her and has eyes for her and her only.

Beauty is freedom – it is the freedom from all human standards and the liberty to define it with your own terms.

Beauty is truth – it is the humble acceptance of what you are (and what you are not), flaws and all, and being content and at peace with it.

Beauty is love – it is a love affair with yourself, being your own biggest supporter, even when other people bring you down.

Beauty is not only reserved for people with magazine-worthy faces and impeccable figures. Beauty is for everyone and anyone, even the “normal” man or woman. Normal people can change a life or change the world. They will stop making a list of their deficiencies and will instead start counting their blessings. They will be perfectly fine about not being perfect and will spend their time wisely by being brilliant and doing great things, instead of wasting it on trifling vanity. Normal people can be beautiful because even if, to the rest of the world, they are ordinary, they live extraordinary lives. 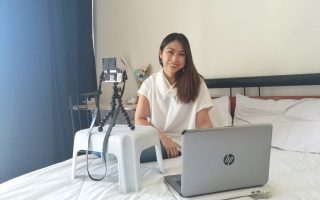 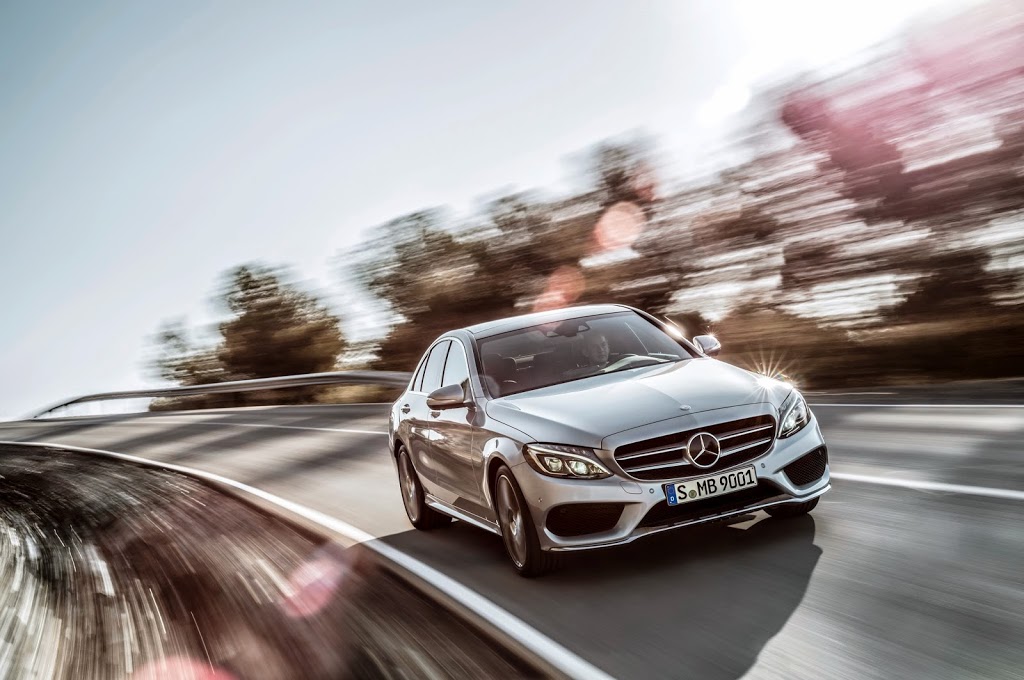 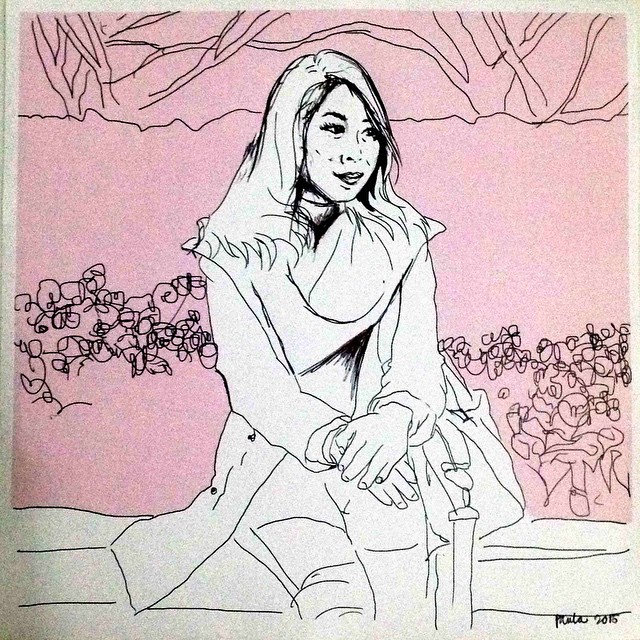