Skip to Content
Home / Food / Kichitora of Tokyo at Glorietta 5 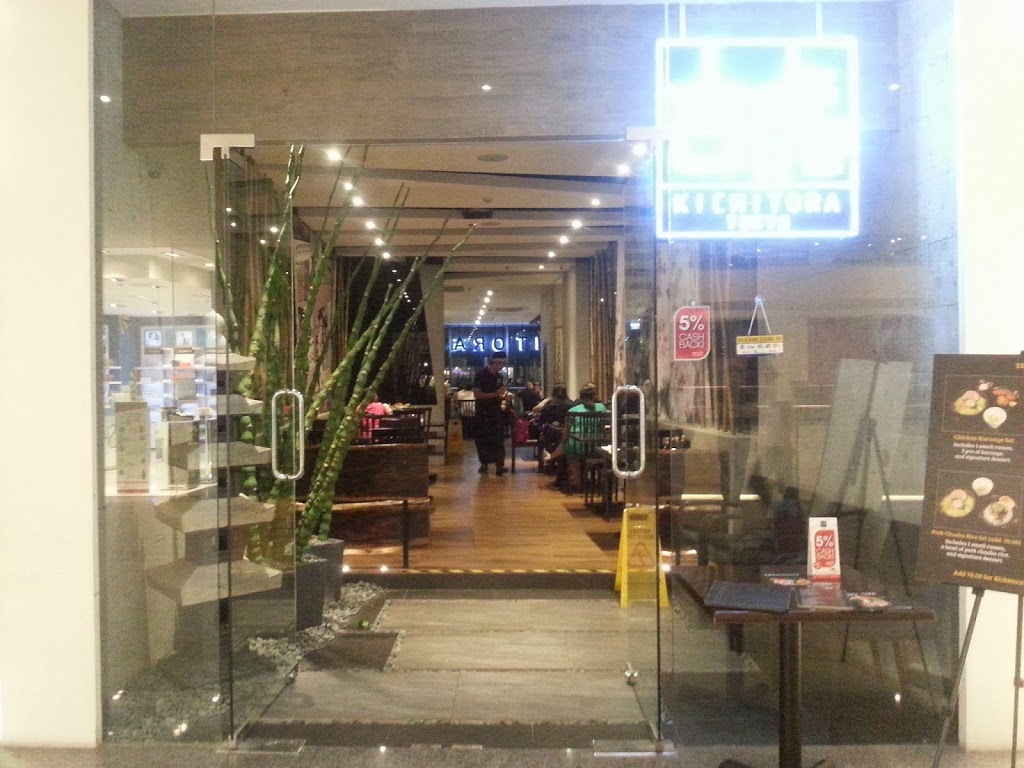 When my friends from my very first job called for a reunion and suggested two ramen places for dinner, I thought to myself, “But all ramen dishes taste the same!” Okay, that’s a bit unfair since I haven’t actual tried all ramen places in the metro. For those that I have tried, though, I wasn’t impressed. None of them ever made me forget my own name or anything like that. I couldn’t understand why people would pay 400+ bucks for a bowl of noodles when I could just get it for about 80 pesos at Chowking! (Ahem! Chowking, you should pay me for that unbiased shameless plugging.)
Out of the two ramen places my friend Faye suggested, we chose this one called Kichitora of Tokyo in Glorieta 5. I just learned that kichi means “lucky,” while tora means “tiger.” (In a high-pitched cheerleader voice) “Put them together and what do you get?!” Ah! So that explains the huge mural of a tiger in the restaurant.
Aside from the gargantuan picture of Richard Parker right there, I thought this area of the restaurant was really pretty: Quite famished from a long day at work, we started out with gyoza for our appetizer. Gyoza (PHP 150)
“The Japanese take this pan-fried dumpling in one bite, savoring the delicious blend of meat, vegetables, herbs and spices. A must-have addition to your ramen experience!”
Not really a gyoza fan here but it was pretty tasty. I’d say it was a good mix of meat and veggies. I think it would be better if they served 6 pieces instead of 5 though. I’m just saying that coz there were three of us and it would have been nice if we each had two pieces each! Paitan Ramen Zenbu no Se (PHP 420)
“Our No. 1 bestselling ramen! This special variation of our famous Paitan Chicken Ramen is topped with an additional piece of pork or chicken chashu, dried seaweed, molten lava egg (ajitsuke tamago), and given a dash of our flavorful fried garlic oil (ma-yu)”
Ah, here we go. It’s Ramen Judgment Day! As I said, to me, ramen dishes are all the same. And I didn’t really understand what the ramen craze is all about. When the waiter said that this is their bestseller, I though, “okay, we shall see about that then!” I took a slurp of the soup and a bite of the noodles, and… that was it for me. I conceded. I had to admit that it was actually really good! Though ramen is still not my favorite dish in the world, I’d say that this particular ramen is my favorite out of all the ramen dishes I’ve had so far. I’ve even had a craving for this recently, and if you’re craving for something, it means you want it enough to keep thinking about it.
The soup made of chicken broth was good on its own. It wasn’t watered down and bland. It had a rich, creamy texture and it was really flavorful and garlicky, even without the noodles and meat. I read that the soup is simmered for eight whole hours, just to achieve that perfect taste and texture! I just wish they put more soup!
The ramen contains two slices of pork chashu, which we all liked because they were soft and meaty. It also contains ajitsuke tamago or molten lava eggs. When mixed with the soup, they make the dish even richer and smoother.

What can I say? I underestimated you, Kichitora! Hokkaido Spicy Miso Ramen (PHP 395)
“For the customers that need more spice, this version of our Hokkaido miso ramen is made using a spicy miso base and topped with pork chashu, mixed vegetables, bamboo shoots, spring onions, and spicy oil.”

Because we wanted a little variety, we ordered another bowl of ramen — this time, a spicy one. Just looking at the striking reddish color of the Hokkaido Spicy Miso Ramen, you’ll already know that it’s spicy. Surprisingly, it’s not as fiery as it looks, so don’t panic. It still has that extra kick, though, that milder ramen flavors don’t have. Between the first ramen and this, however, the Paitan Ramen still wins by 10 points! Actually, maybe even 20. 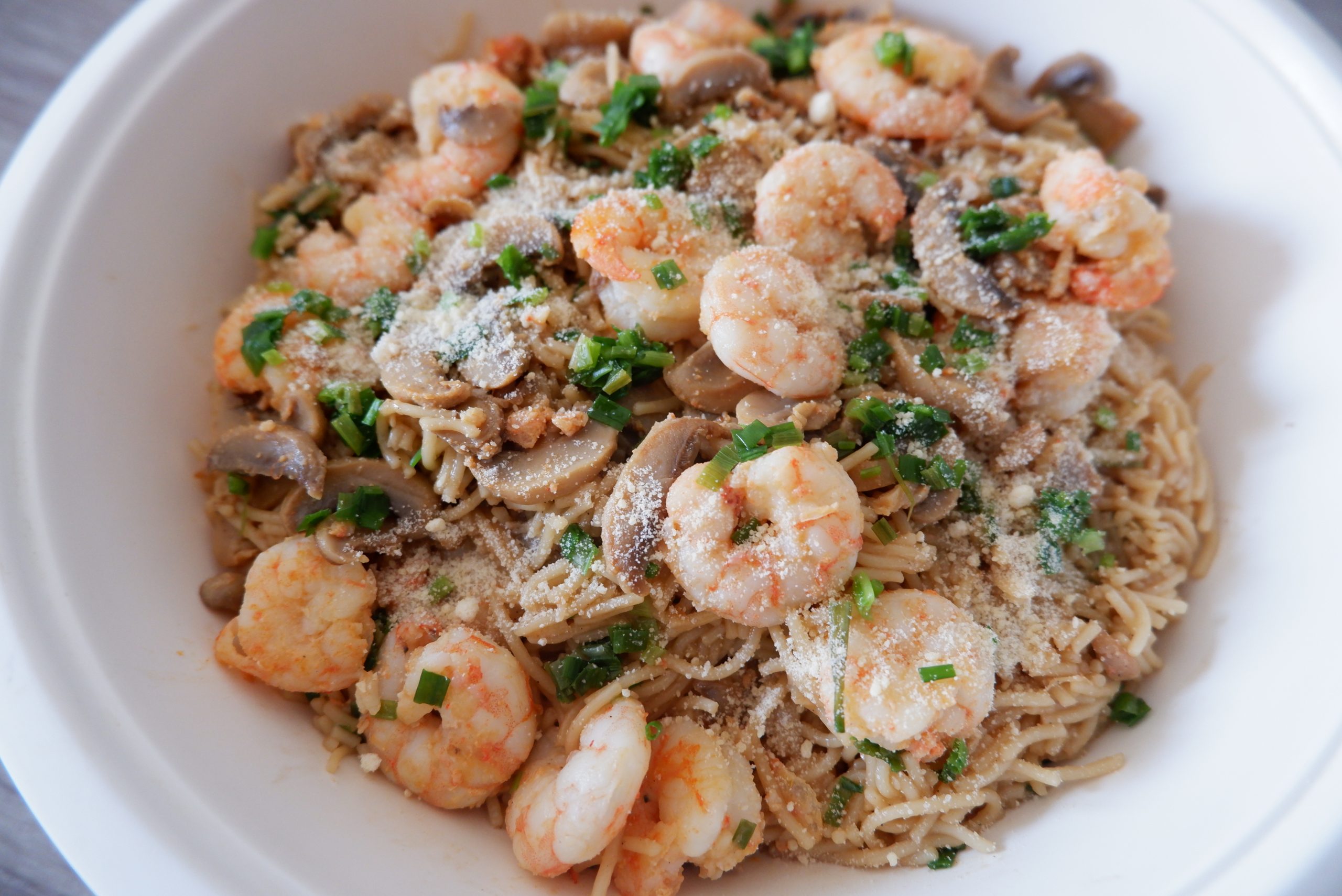 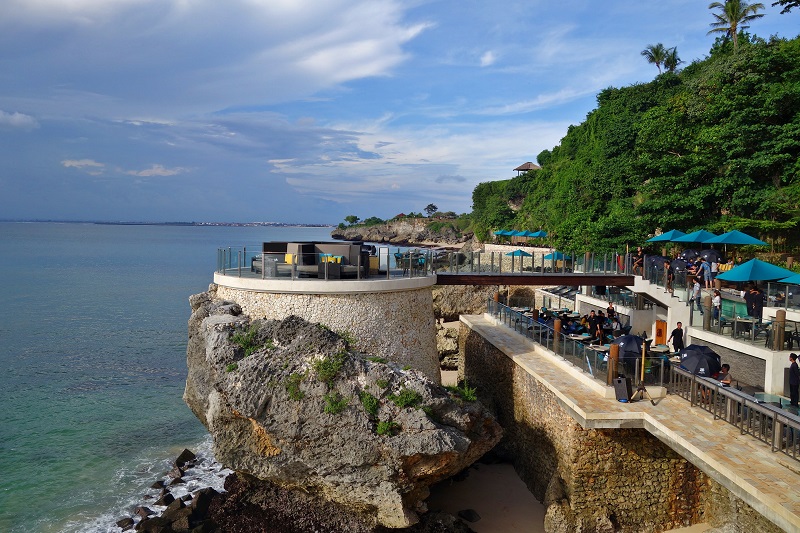 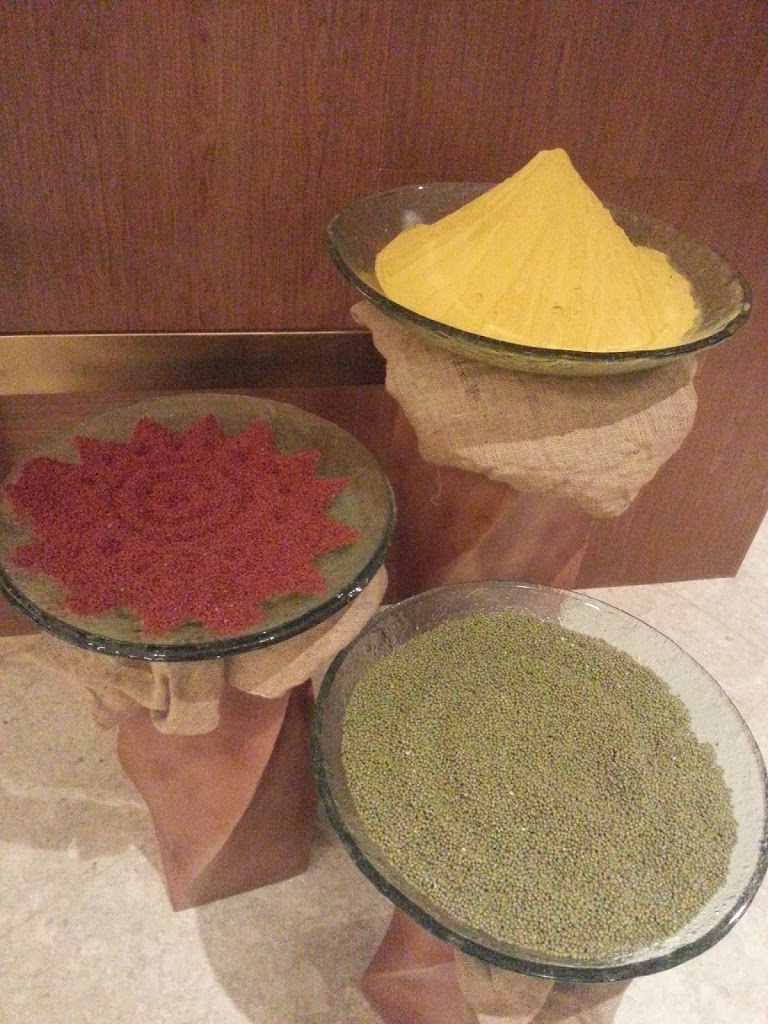