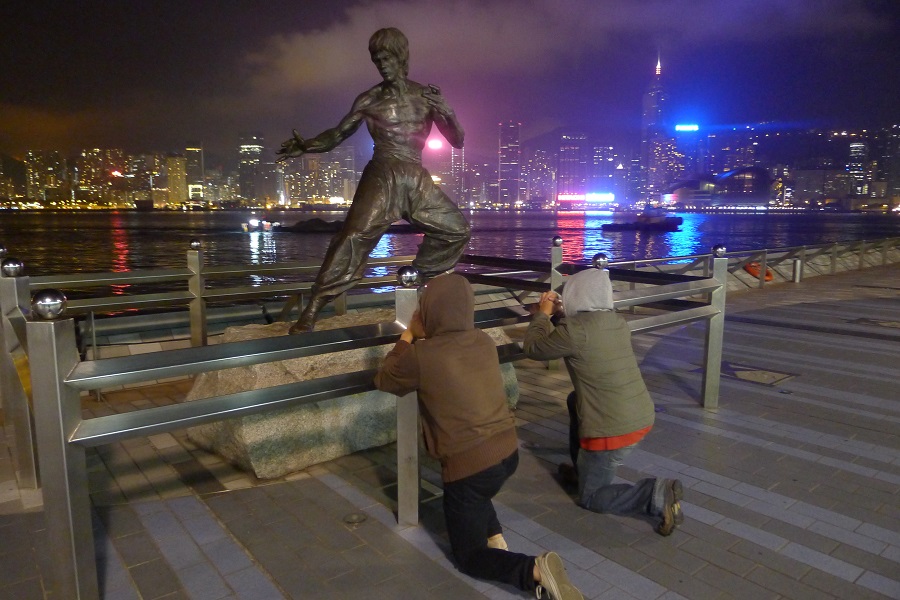 “I want to see the Bruce Lee statue!”

That was one of the ultimate goals of Mike and Eric for our Hong Kong trip last year. So after stopping by 1881 Heritage, we headed straight to the Avenue of Stars so the boys can pay homage to the Hong Kong martial artist extraordinaire… or his 2.5-meter bronze effigy, at least. Bruce Lee is just one of the many celebrities honored at the Avenue of Stars, which is a 440-meter promenade that pays tribute to some of the most eminent names in the Hong Kong film industry, such as Jet Li, Maggie Cheung, Andy Lau, Gong Li, Wong Kar Wai, and more. With its hand imprints of celebrities on the ground, a number of dedicatory plaques, and statues of film crew members, the Avenue of Stars is Hong Kong’s version of Hollywood’s Walk of Fame.

The setting of the Avenue of Stars is just as glitzy as the entertainment scene of Hong Kong. Its backdrop is none other than the stunning Victoria Harbour in Tsim Sha Tsui, giving visitors a beautiful view of the Hong Kong horizon. It is one of the best places to catch the nightly Symphony of Lights multimedia show, which is named by the Guinness World Records as the “World’s Largest Permanent Light and Sound Show.” Too bad we missed the show! It happens every night at 8:00 PM, and we arrived much later than that. It’s fine, though. The loveliness of the landscape alone already swept me off my feet. (Besides, to be honest, it’s not like you’re missing half of your life if you miss the lights show. They’re just moving lights!)

With a scenery as dazzling as this, of course it’s going to be a popular place for photo-taking and romantic dates. We’ve spotted a few couples getting all syrupy sweet while admiring the view.

After all those photo ops, it was time to go back to our main mission: find Bruce Lee! A few more steps and…

As soon as Mike and Eric found Mr. Lee in all of his bronze stateliness, they got down on their hands and knees, and hailed the Kung Fu king!

Every year, thousands and thousands of people go to the Avenue of the Stars to have their photo taken next to Bruce Lee while copying his pose. Mike decided to do something else… Meanwhile, Paula and I wanted to get a little closer to Bruce so we decided to “rub elbows” with him.

The first time I went to the Avenue of Stars was back in 2008, and I visited in the afternoon. After seeing it both during the day and night, I can say that it’s one of those places that look fascinating at any time of the day. People can just come here whenever they feel like it, marvel at the sights, go for a walk or a run, and just hang out and enjoy the breeze. How I wish there was something like this close to where I live! The closest thing we have to this is Eastwood’s Walk of Fame (more like “Walk of Lame”).

And that’s a wrap! Our jaunt to the Avenue of the Stars was short but fun.

Lights? We had stars and illuminated skyscrapers.

Camera? It’s a beautiful place where we got to take lots of photos.

Action? Hey, we got to be actors for a night!

The place was pretty, the company was great, and the boys got to cross off “seeing the Bruce Lee sculpture in the flesh” from their bucket list. Oh, and did I mention that admission is free? Free! Those are all really good reasons to give our Avenue of Stars experience 5 stars!

How to Get There: From the MTR East Tsim Sha Tsui Station, go out Exit J. 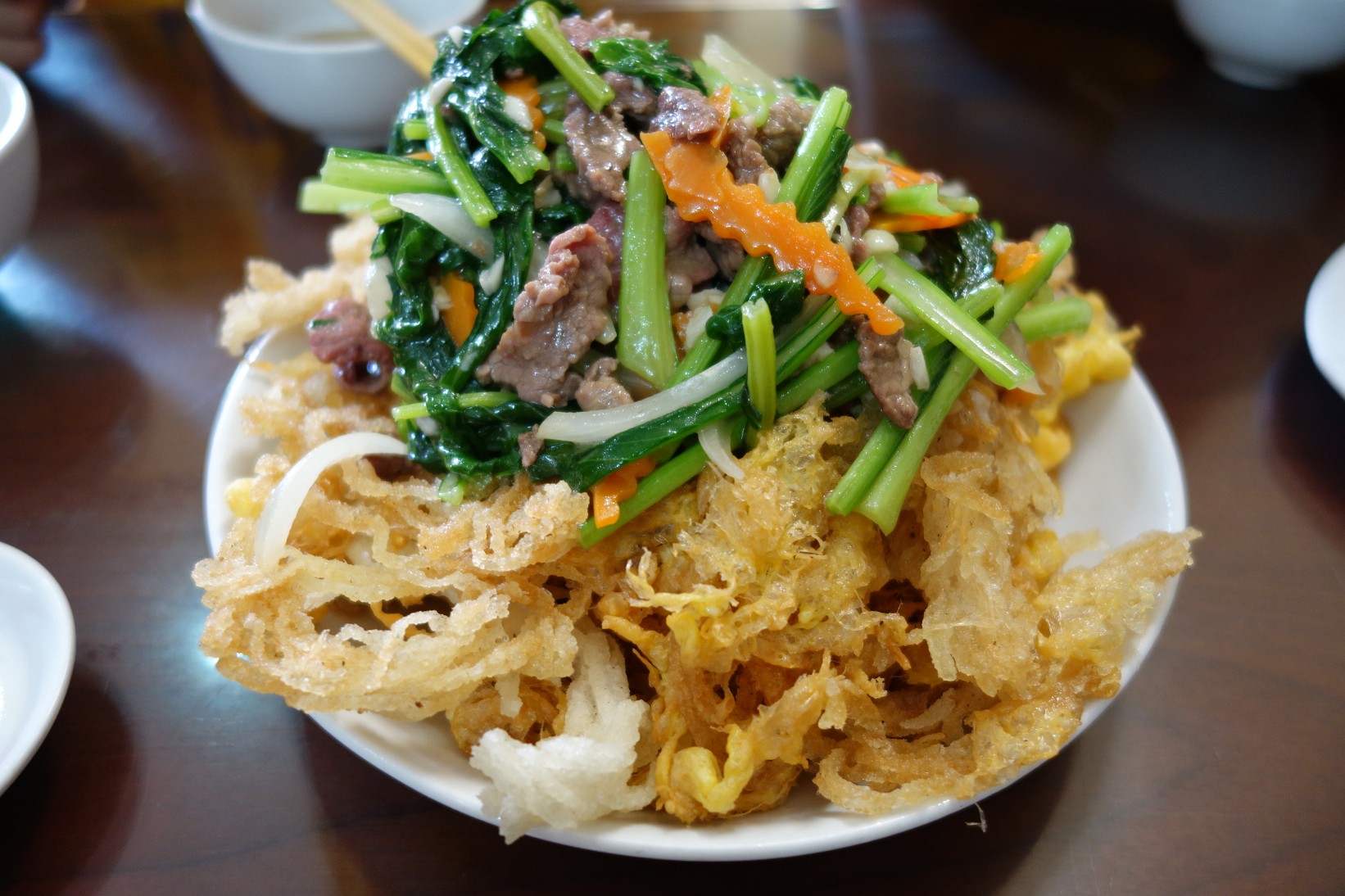 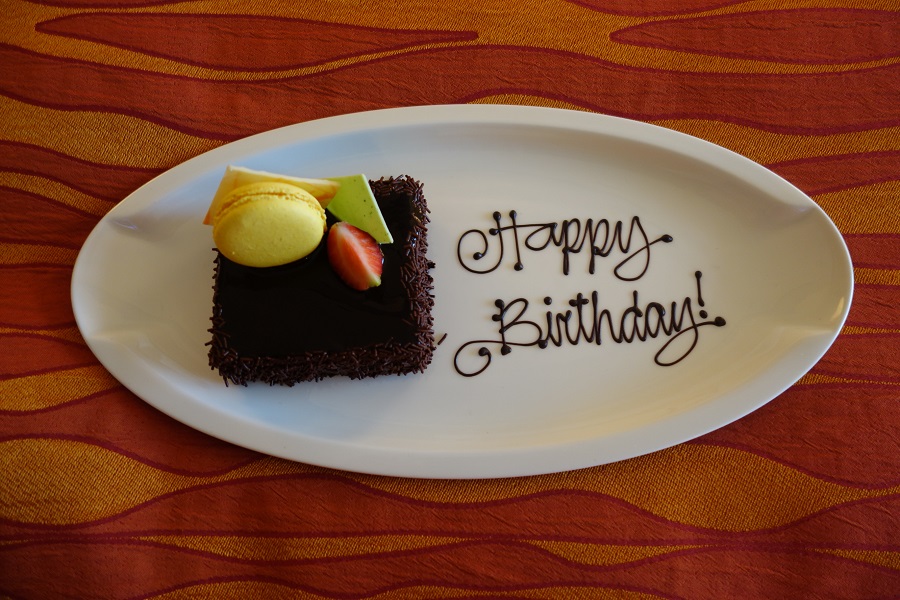 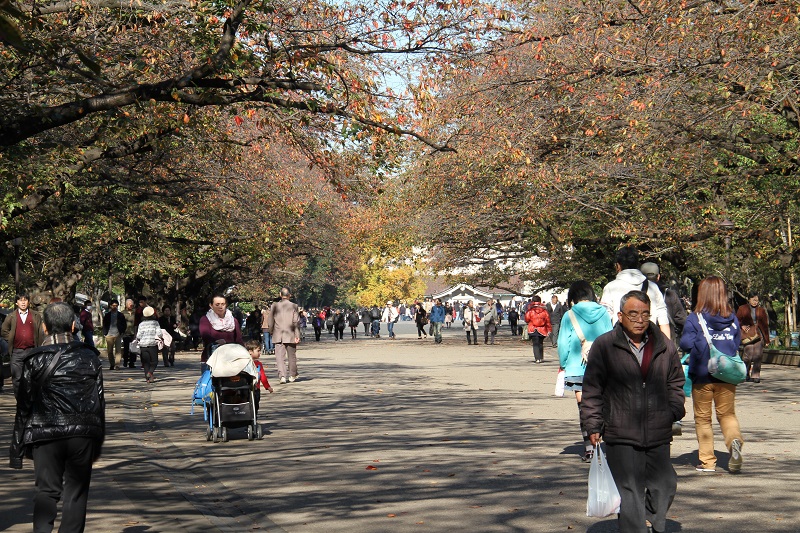