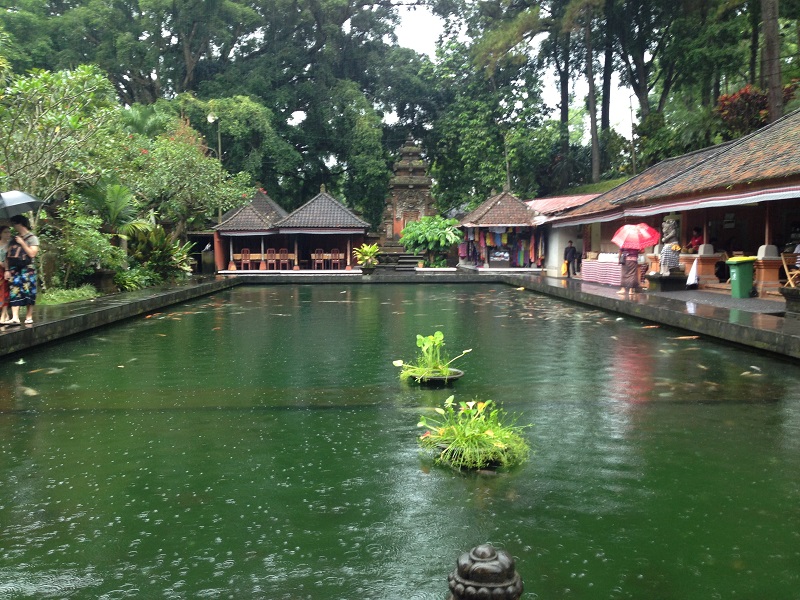 After hibernating in our hotel for 4 days, it was time to finally go out and explore the beauty of Bali. If there is one thing that Bali is famous for, it’s their temples. Bali has an affluence of interesting and marvelous temples that it’s impossible to see all of them in less than two weeks. But from what I’ve heard, if you have to limit yourself to seeing only a few temples, the Tirta Empul Temple should be one of them.

When we visited the temple, the god of weather wasn’t smiling down on us. It started raining really hard, so I decided to just use my phone’s camera instead because it was a drag having to carry a huge umbrella on one hand and a digital camera on the other. That should explain the crappy photos in this post.

Just like the Gunung Kawi Sebatu temple, the Tirta Empul Temple (also known as “Pura Tirta Empul”) is a Hindu Balinese water temple dedicated to the god Vishnu who rules over water. It is located in the Tampaksiring area and the Gianyar region of Bali. Our tour guide Made narrated the story behind the name “Tampaksiring” which is derived from the Balinese words tampak (meaning “step”) and siring (meaning “sliding” or “sloping”). According to legend, there was once a king named Mayadenawa who was wise and great yet boastful. He thought highly of himself and believed that he was god, commanding people to worship him. This angered the god Indra, who then ordered his armies to attack Mayadenawa. To deter his attackers from finding him, he deliberately broke his ankle so that he walked with his feet sideways. However, his effort backfired and he was still tracked down by Indra’s army. Before this though, he was able to create a poisonous spring and those who drank water from it eventually died. To save his people, the god Indra created another spring with holy water as a countermeasure to the toxic spring that Mayadenawa created. This temple is what we know now as Tirta Empul, which means “holy water.”

The Tirta Empul temple features a sacred bathing pool for purification and healing. Pilgrims and locals cleanse themselves by immersing in the pool and washing themselves with the water shooting from the water spouts and coming from the natural springs. It’s not as simple as jumping into the bathing pool and wading in the water, though. There is a proper way to go about it, which should be carefully observed so as not to commit any cultural blunders. Visitors have to go through a careful process of praying and making offerings in order to really make sense of the purification ritual.

To bathe in these pools and to enter the temple grounds in general, visitors (both men and women) are required to wear a sarong which can be borrowed for free at the entrance of the hotel.

Also, if you are planning on swimming in these bathing pools, make sure you have your own towels and extra clothes! Since we just checked out of our hotel, unfortunately, we did not have any towels. For the ladies: women are not allowed to enter the temple when they are on their monthly period, as this is considered unclean. I don’t think they have some kind of period detector at the temple and no, they won’t “check” you down there but if you really want to be extra sensitive to the people’s religion and culture, you can opt to just go back another time.

Next, we entered the courtyard wherein all ladies have to tie up their hair.

And now, for some introductory Kama Sutra. Upon entering, we saw a gated lingam, which is the abstract representation of the Hindu god Shiva. Look at the lingam closely and you’ll see that it resembles a phallic symbol (hey, we’re all mature adults here!). It stands on top of a yoni, which literally means “womb” or “vagina.” Put the lingam and yoni together and you have the lingam-yoni, the union that then represents creation and fertility. I’ve actually written about the linga and linga-yoni in my previous posts about Banteay Samre and Angkor Thom in Cambodia so Made was pretty impressed that I know my lingam-yoni!

We also walked around to look at the temple buildings. An uncommon and extraordinary feature of this temple is the inner courtyard with a large rectangular pond with water mysteriously and continuously bubbling from underneath. The water is rising and coming from below the pond. It’s pretty cool! This is the source of the water at the bathing pools. On top of a hill above the temple and its ponds is the palace which was built for President Soekarno, the first Indonesian president in 1954. This modern structure doesn’t look like a temple at all! Now, this palace is used to receive high ranking persons and important guests.

Before exiting the temple, we passed by this enormous koi pond filled with pretty lily pads and koi fish happily swimming about. Mike and I were so astonished at the size of the fish! They’re HUGE!!! They’re about the size of a kitten!

Finally, we exited the temple and passed by a small alley lined with shops. I’ve read in TripAdvisor that the hawkers here are quite pushy, therefore ruining the sacredness and serenity of the temple. We didn’t experience that, though. There were a few sellers that tried to invite us to check out their stuff for sale, but they weren’t aggressive. I don’t know if it was because it was raining and they didn’t want to get wet… or because they thought, “these two don’t look like they have any cash on them!”

To be honest, it was a little hard for me to appreciate this temple fully because of the heavy rains. Also, aside from the many other tourists, there was also a big Chinese tour group of about 20-30 people at the time we arrived, so I definitely didn’t feel the peace and quiet that I felt when we went to Gunung Kawi Sebatu. Between the two, if I could only visit one, I would pick Gunung Kawi Sebatu, no question. It’s smaller but less crowded. However, I still think that Tirta Empul is a lovely temple to visit if you have time. If you can, try swimming in the bathing pools too. I’m sure this is a unique experience that will make you appreciate the temple and the culture more. 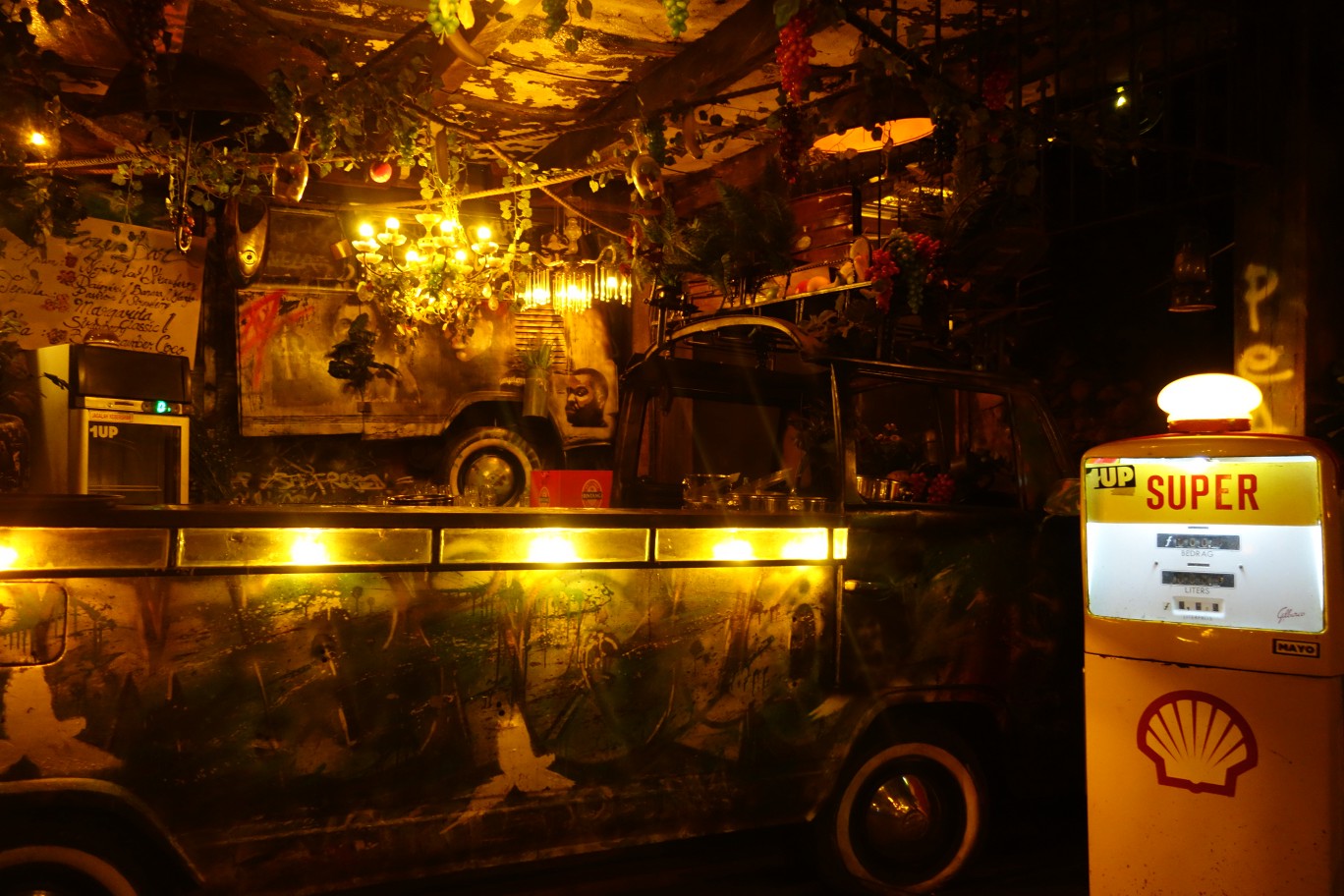 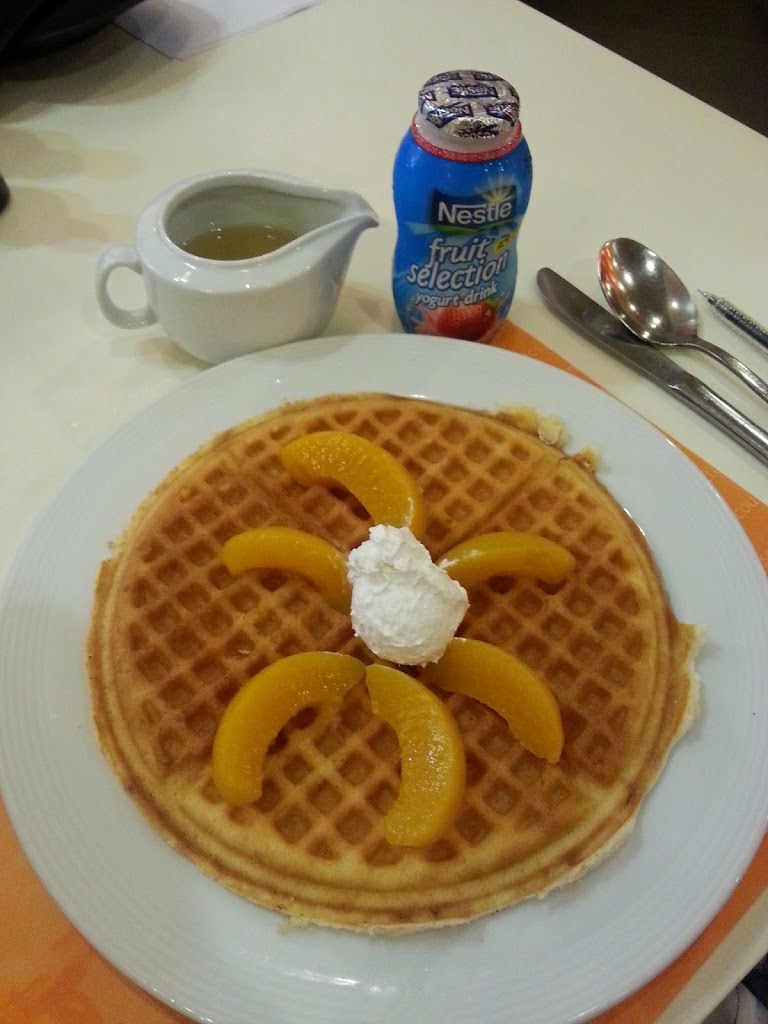 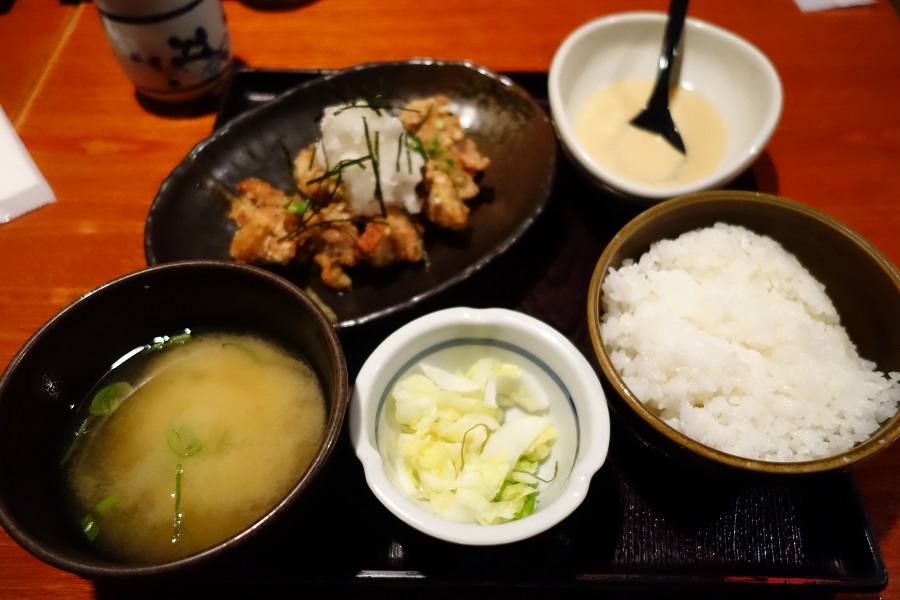